Have you ever been curious to know how our animals arrive at CuriOdyssey? From arrival at the airport to release in our habitats, the process by which animals come to CuriOdyssey might surprise you!

As you may already know, the animals that come to live at CuriOdyssey are non-releasable animals. They have either been seriously injured in the wild or have imprinted on humans (sometimes as pets) and aren’t able to survive on their own in nature. Animals come to CuriOdyssey from a variety of sources. Typically animals either come from animal rehabilitation centers or wildlife refuges, but we also receive animals from other zoos that are accredited by the Association of Zoos and Aquariums.

When we find out that there’s an animal a rehabilitation facility wants to transfer, or if we’re looking to add a particular animal, we put in a request for it. We’ll take an animal if we have the space for it, and if it meets some other specific requirements of our facility. Something else we have to consider is whether the animal has the temperament to be on exhibit. When considering an animal for our Animal Ambassador program, we also have to judge if the animal will be able to interact with the public well. 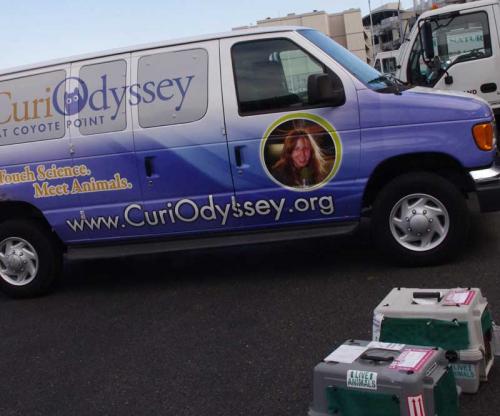 When we’re notified that a zoo or rehabilitation center is able to transfer an animal to us, then the foot work begins! Our animal keepers either drive to get the animal, or the animal is put on a flight and we pick him or her up at the airport. One of our most recent acquisitions flew in through San Francisco International Airport. The two greater roadrunners (a fast-moving mother/daughter pair!) arrived on a flight from Phoenix and were picked up by our director of wildlife at the airport (in the photo above, you can see the animal carriers that held the roadrunners).

Next, the new animals have to go into quarantine for 30 days. Why do the birds have to stay in quarantine? It’s purely for the health and safety of all the animals. The new animals receive regular check-ups and must have a clean bill of health before they are released with other animals. During this time, our animal keepers also get to know the personality and unique behaviors of the new creatures. 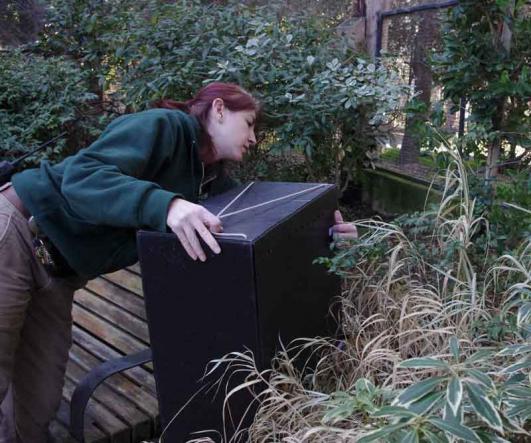 Once the new animals have passed all of the required tests to ensure they are healthy and won’t transmit illness, they are released into their habitat for a very happy and well-cared for life (in the photo above, you can see the roadrunners being released into our avairy).

Now you know the ins and outs of how animals come to live at CuriOdyssey. Do you have any questions for us? Did we leave anything out? Don’t leave any stones unturned! Just let us know.

Posted in Animals
← Separating Roadrunner Fact From FictonCuriOdyssey in Pictures →