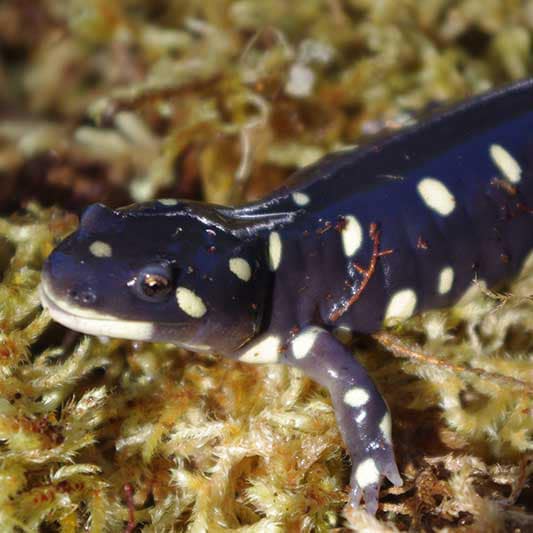 The tiger salamanders were captive born at UC Davis and donated to CuriOdyssey.

Tiger salamanders are one of the largest terrestrial salamanders in the U.S. – the biggest specimen was 13 inches long! Salamanders are capable of regenerating an amputated limb.
Courtship dances consist of very rapid head-tail circling,
with salamanders touching side-side, noses against each other’s hips.

What do Tiger Salamanders eat?

How long do Tiger Salamanders live?

Where do Tiger Salamanders live?

Tiger Salamanders live in the edges of mixed woodland and coniferous forest, grasslands and low foothills with long-lasting spring and summer rain pools for breeding. Their range extends in California, throughout the Sacramento and San Joaquin River valleys, in the surrounding foothills, and lower elevations by the central coast.

Listed by the state government as a threatened species.

Tiger salamanders are threatened by wetland destruction and introduction of non-native animals to their habitats (bullfrogs, mosquito fish, etc.).  Road kills during breeding season migrations are a major problem for local populations. Hybridization with non-native tiger salamanders is also considered a threat to the species.

A local Stanford University population of tiger salamanders is the largest remaining intact population in California and the only one on the peninsula.  The salamanders were thought to have disappeared from the Stanford area during the 1970s but were rediscovered in 1992.