HOW TO DO SHADOW TRACING 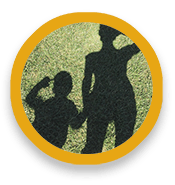 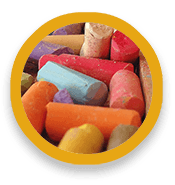 Here’s a riddle for you: What’s as big as an elephant, but weighs nothing at all? His shadow! Amuse your kids with that one while you herd (pun intended) them outside to make some shadows of their own.

This fun activity will show them how shadows are made and how they change in size and shape throughout the day. All you’ll need is some chalk and a flat area to cast their shadows on – oh, and some sun of course.

Shadows created by the sun change shape and length throughout the day because as the Earth rotates on an axis, the relative position of the sun changes in the sky. The size and direction of shadows created by the sun will also change seasonally anywhere on Earth except along the equator. This occurs because as Earth rotates on an axis to produce day and night, Earth is also orbiting the sun. The tilt of the planet combined with its position along its orbit will also change the relative position of the sun in the sky, and therefore the shadows.