Today is Endangered Species Day! This is an opportunity for people of all ages to learn about the importance of protecting endangered species and everyday actions they can take to help protect them. 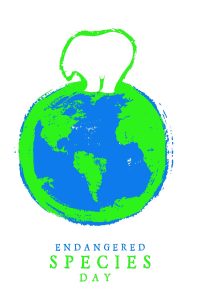 All species big and small are important in our world

Humans are able to both help and hinder other species. What we do greatly impacts their world. It is important not to forget how significant other species are in the balance of ecosystems.

What does species mean?

The term “species” is often used to refer to a group of animals that has the ability to interbreed and create fertile offspring. However, this simple definition does not recognize the complexity and challenges associated with truly understanding what counts as a single species and what does not. For example, this criteria cannot be applied to extinct organisms, to organisms that are considered separate species but hybridize, nor to organisms like bacteria that breed asexually.  New technology that allows us to look at genetics helps us better understand the concept of a species. Until recently, all giraffes were considered to be a single species, but new genetic studies revealed that there are four distinct species.

What does endangered mean?

It is when is any type of plant or animal is in danger of disappearing forever.

Some Endangered Species in the Bay Area:

CuriOdyssey’s Red-Legged Frog and Western Pond Turtle (pictured) are a few of the 1,500 endangered species around the globe. CuriOdyssey’s Conservation Programs focus on conservation issues that impact San Mateo County and the native California animals. 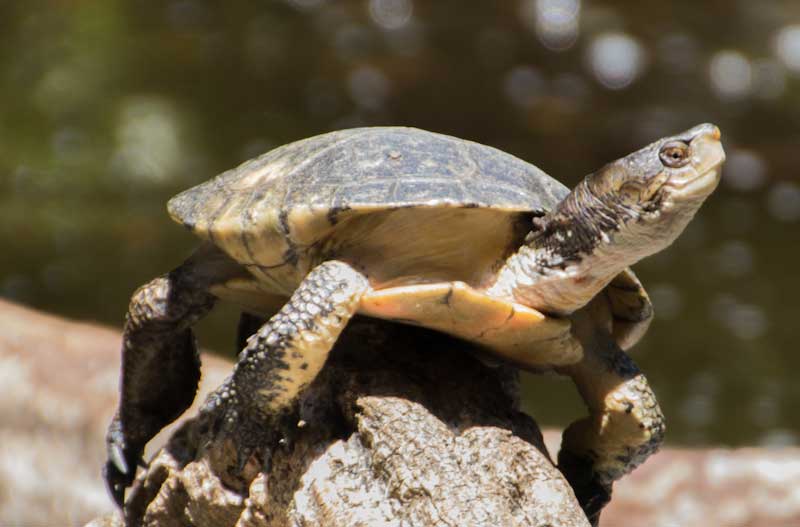 Visit Endangered Species Coalition to learn more about the endangered species around us https://www.endangered.org

If you’d like to help conservation groups slow the decline of giraffes in the wild, you can call your local representative in support of the U.S. Fish and Wildlife Service acting to add giraffes to the endangered species list.

Posted in Animals, Science News
← Why You Should Care About Leopard Sharks Dying in San Francisco BayRaptor Power: Discover Birds of Prey →